This week we are featuring the beautiful Kathryn who married in March 2017. Her stunning photos are by Christina Smalley and her dress is Lady Montague by Chanticleer. 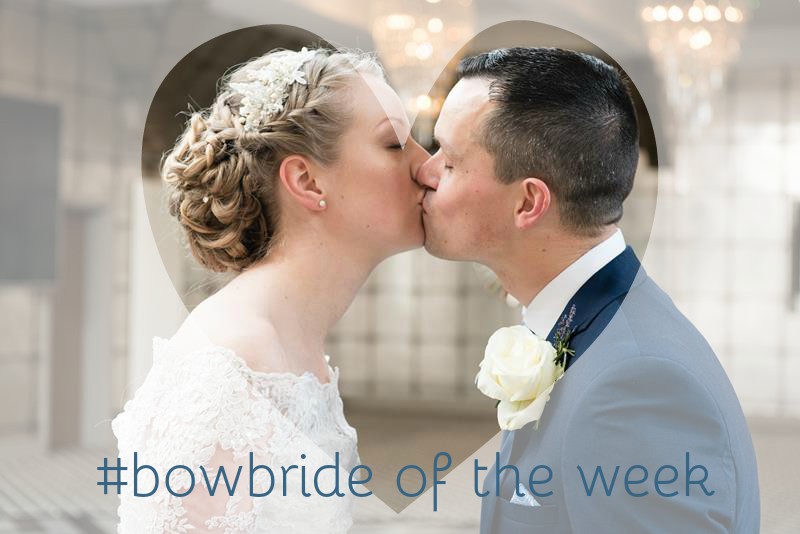 Photographers name and how you choose them

Our photographers name was Christina Smalley, we chose her through recommendation and word of mouth. We both thoroughly recommend her; she came to the venue bright and early at 0800 and didn’t go home until the 1st and 2nd dance were over just after 2000. She worked all day, very professional and friendly. We hardly even noticed she was there, which goes to show how professional she is! 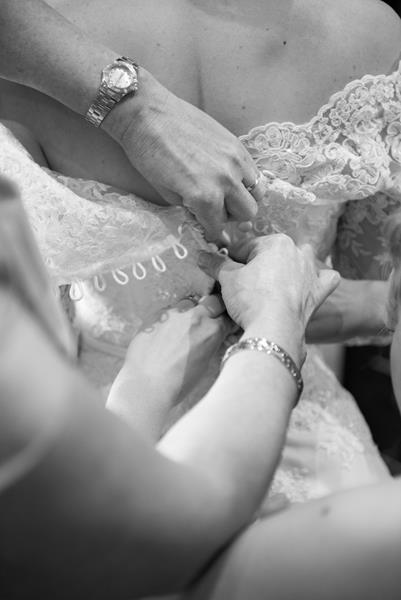 We got engaged on my birthday in May 2015, we wanted to wait and save so we could afford the wedding we both wanted. This was elongated slightly by the fact I went onto have a fixed dental brace and wanted this off prior to the wedding!! We chose March 2017 as this would allow enough time for my brace to be off in time and also its one of our favourite times of year; its when the seasons are changing, Spring is springing and the daffodils and bluebells are out. 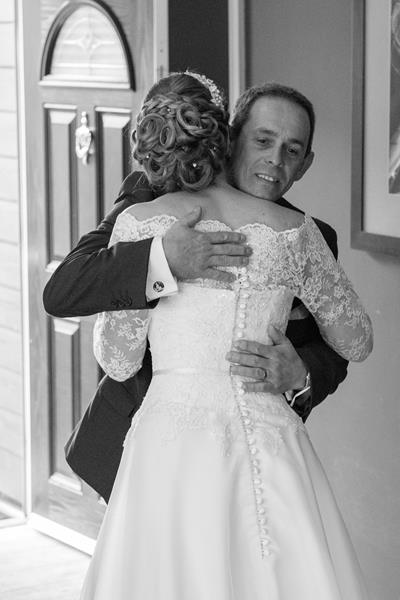 I really didn’t want the faff of trawling lots of different bridal boutiques trying to find ‘the dress’. After a pretty painful experience of trying dresses on in a shop in Portsmouth and feeling very pressured I left it for a while before trying again. Some months later, my Mum just so happened to be in Winchester and saw a gorgeous dress in the window. She sent me a photo and this hooked me into wanting to see what else they had. The dress I tried on first is the one I chose in the end. Laura and her team were so amazingly helpful! I filled in a questionnaire prior to my appointment and when I had arrived, the ladies had selected a number of dresses in the style I was after. I tried on a few after the first one, but I just knew, that was the one for me. I loved how unique it was and how unusual it was to have long sleeves. It was so detailed I didn’t need a veil with it, I chose a beautiful classy hair piece instead, which had lace detail in also, which matched the dress. 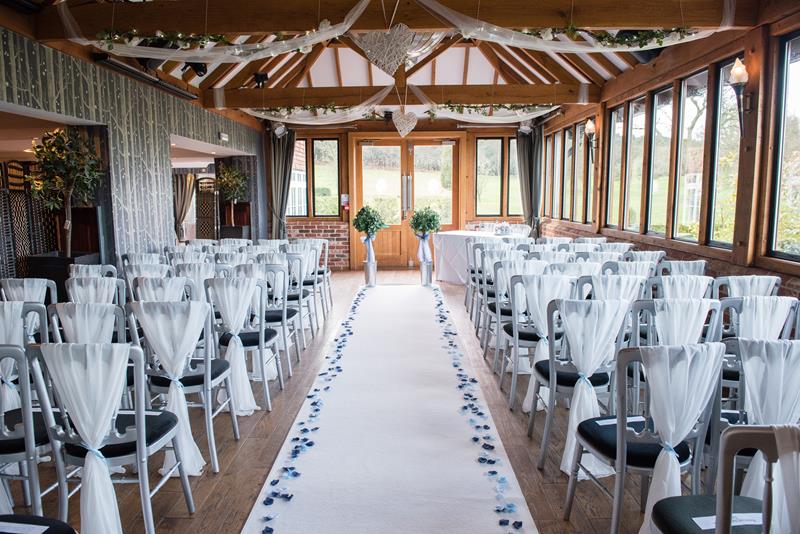 We kept everything very simple as we wanted to keep everything about us and not lose sight of the fact the day was about us getting married. The theme was light blue, dark blue and ivory. We wanted the colours to contrast and compliment each other. The table themes were named after our favourite bands The Smiths, The Killers, Elvis Presley, Coldplay, Fleetwood Mac, Kate Bush, Bears Den, Pink Floyd and Oasis 🙂 the pictures of the bands/singers were in blue frames on the table. We hired the ‘Little Details Company’ and they came in and dressed the tables, chairs, beams and the aisle. I made the place names by ordering lots of ornate brass keys from ebay and tying a brown luggage label to each one with the guests name written on them (courtesy of Pintintrest!!). We didn’t want to spend loads on favours for them to be left on the tables, as I have seen at so many weddings. Instead we donated the money we would have spent to Naomi House and Jacks Place. 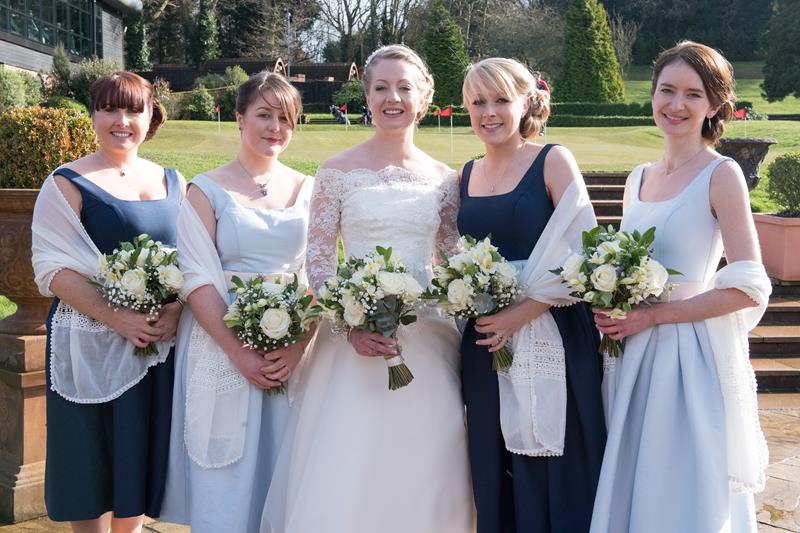 What did the bridesmaids wear

I had 4 bridesmaids and they all wore the same dress but 2 were in a light blue version and the other 2 were in a navy blue version. They were knee length A line dresses that synched in at the waist. They were gorgeous, straight from ASOS. 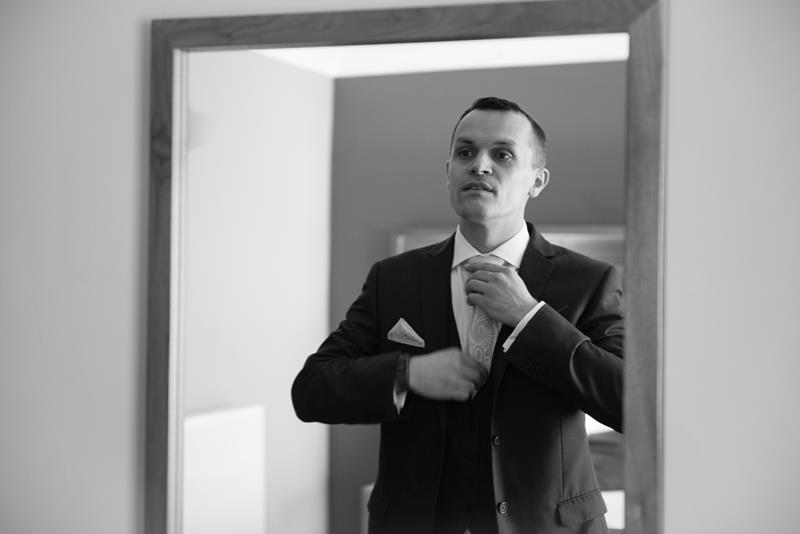 And groom and groomsmen 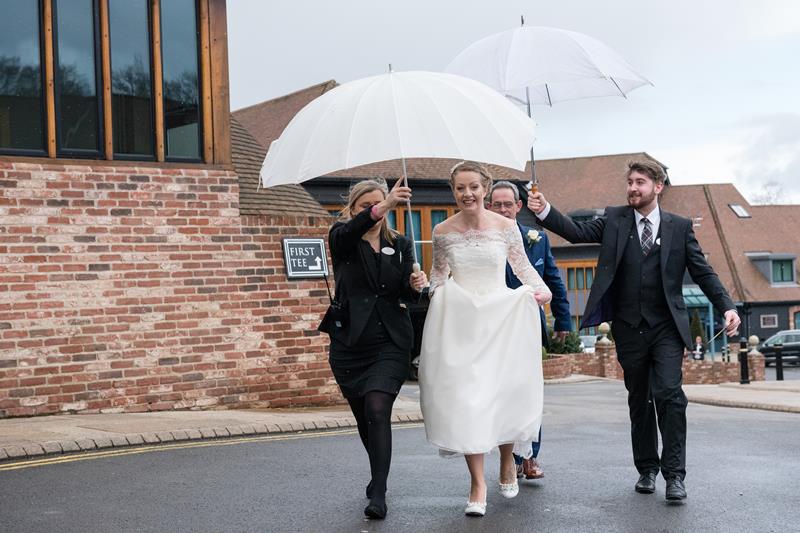 The bridal party stayed at the hotel the night before and we all went for dinner at the pub down the road. Around midnight me and one of my bridesmaids had horrendous food poisoning (don’t have the Pork!!). There is nothing classy about ringing for concierge at 0200 asking for bleach lol. Consequently I didn’t sleep all night!! Fortunately it wasn’t the type of food poisoning that lasts for days and I was able to press on. Although instead of drinking prosecco the morning of the wedding, I was drinking Lucozade lol. I was quite surprisingly chilled about this to be honest and found it quite funny. I knew everything would be ok and even if I had to marry Duncan in the bathroom I would have 🙂

Seeing my Dad for the first time was what got me choked up, having him walk me up the aisle was such a privilege and one I will always remember. I walked up the aisle to ‘The Killers- Shot at the night’ such a powerful, awesome song and one Duncan and I both love. The doors opened to me when the song first goes into the chorus, its enough to make the hairs on your arm stand on end. Just lovely. 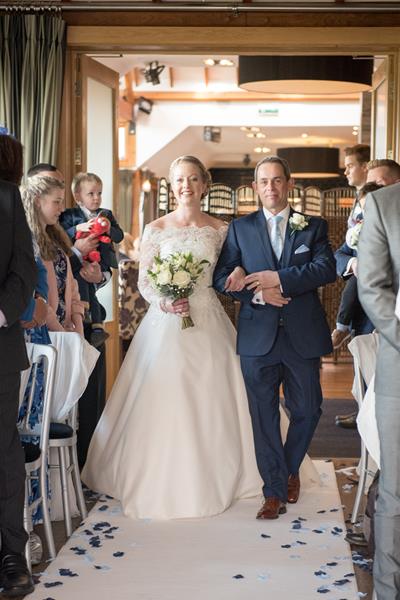 Our first dance was Ben Howard- I forget where we were. One of our favourite artists that we discovered together and a song we fell in love with together.

I had a second dance with my Dad, to his surprise, to one of his favourites: Dean Martin- Money burns a hole in my pocket, such a special moment. 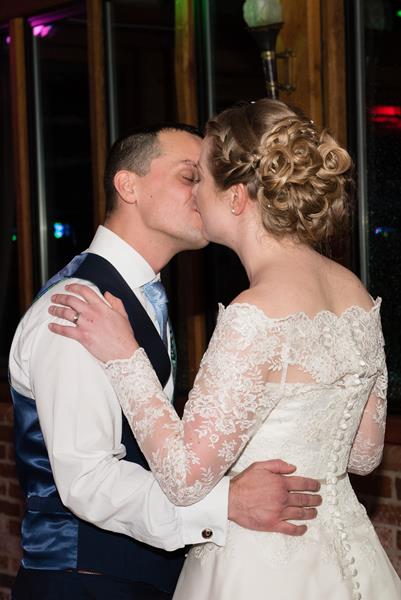 Don’t worry about a thing honestly, you can’t control everything. You will have a perfect day. 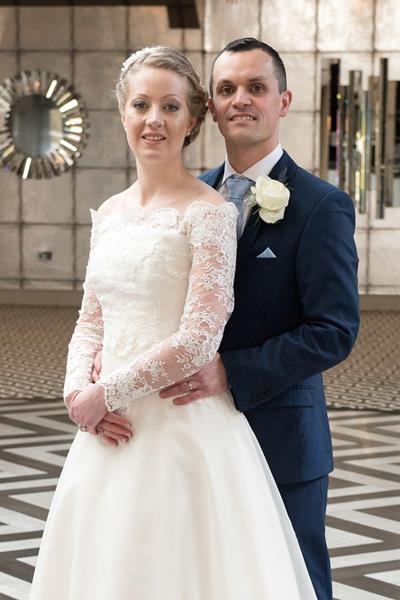 Advise for other brides

Enjoy every moment from engagement to the wedding day itself, go for days out at your venue to build up the excitement, keep it simple, don’t get caught up in small details, they don’t matter, use Pininterest for ideas, invite exactly who you want to invite and don’t be swayed by family pressures. Its your day!!! Take at least half an hour out of your day to spend with  just your husband, so you can really take it all in and enjoy it together. Get gel pads for your shoes….they will hurt after a while!! Savour every minute,it will go past in a flash. 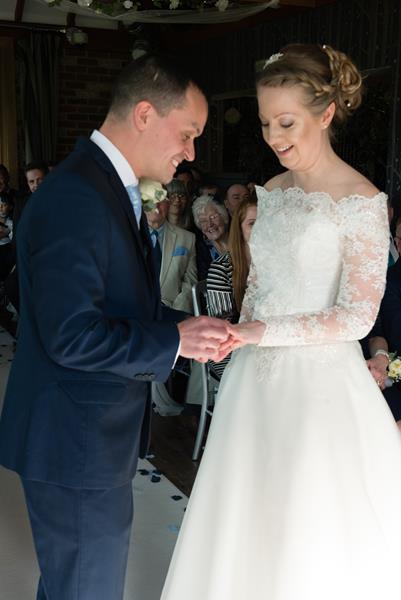 We took our dogs to the Peak District for a week the day after our wedding, we stayed in a gorgeous boat house on a lake. We are going to Aruba later in the year, as our official honeymoon, just to drag out the excitement even more 🙂 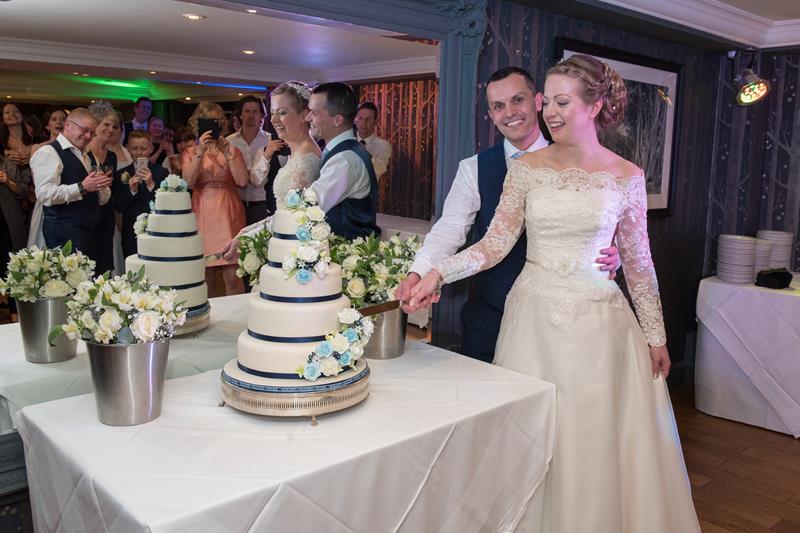